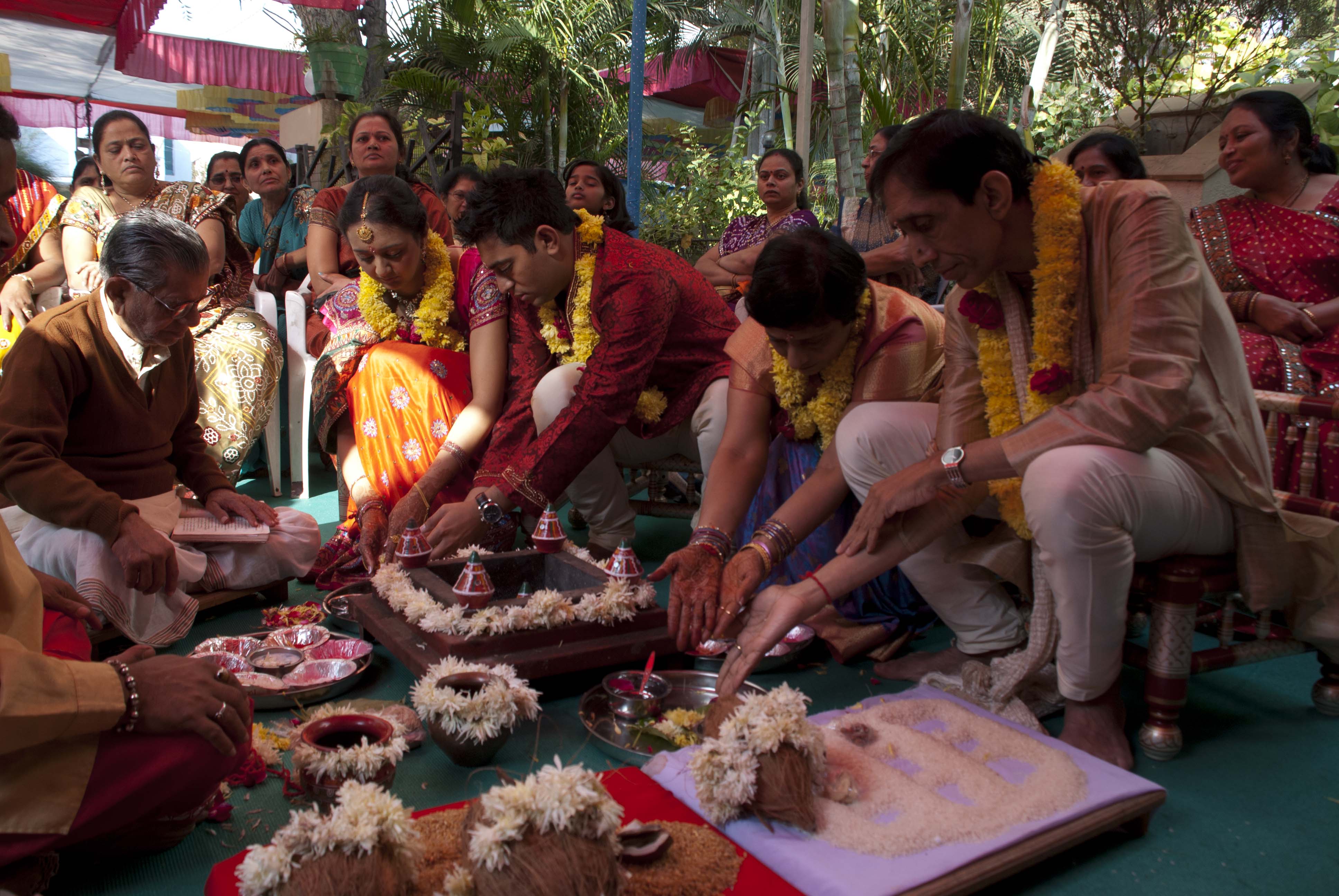 I wrote a very short email to a good friend soon after my trip to India; I now find myself referencing it to jog my memory. I should have recapped on this 10-day experience sooner, as I find my impressions and reflectiveness on the experience slipping away.

I’ll avoid any details of planning or site seeing, but feel free to comment or contact me if you’d like to hear more! Do have a browse through the rest of my Flickr photos.

The Background
Officially, my friend Nisha got married in October 2011, but in January this year she had another wedding: in India. With my close friend, I spent four days at the wedding, which included non-wedding activities and just hanging out in the city that the groom is from: Vidyanagar. My friend and I also spent another 6 days traveling in the region: Mumbai, Rajasthan (Udaipur, Jodhpur, Jaipur), Agra, and Delhi.

The Wedding
Gujarat is a dry state: no alcohol. But this did not stop any festivities. 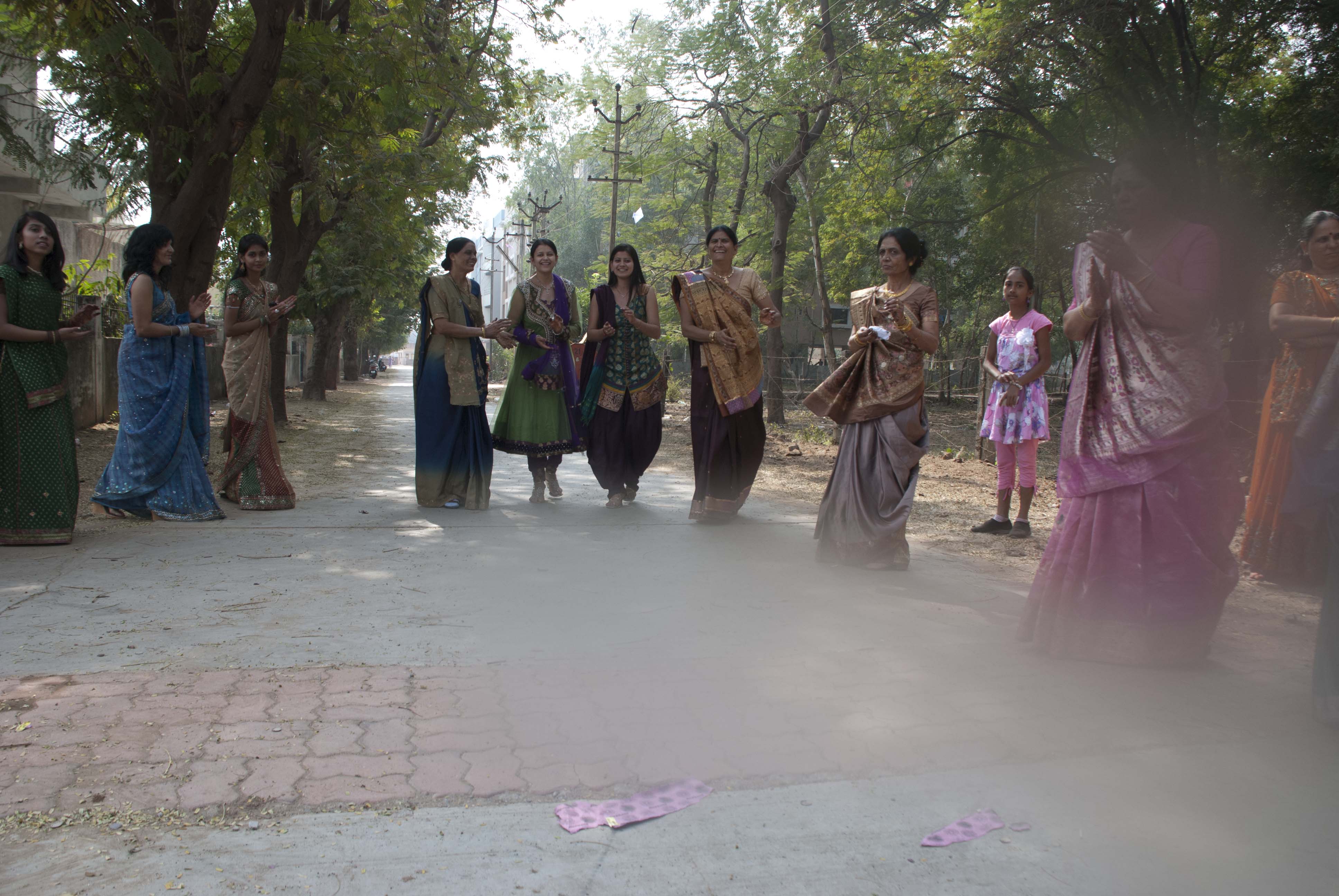 Noise. Colors. Aromas. Traditions. Music. And just plain happiness. When I think about the 3 days of wedding activities, my senses are filled: visually, auditory, physically. I can’t get over the enthusiasm of dancing down the street. The marching band playing in front leads the way. We stop traffic. The women’s saris are of course nothing but stunning and colorful. We dance the traditional circle dance, which at first I have trouble picking up: Left foot crossover right foot, back step, front step, right foot to the right, swing your arms in the same motion, clap, and repeat. Kicking up dust along the way, everyone is in-sync. There’s a feeling of rhythmic soothing, almost trance-like with the motions. Other traditions included religious sermons, a fire ceremony, and a water-pot carrying ceremony, where in the old villages the bride would carry water from her home to the groom’s home on her head. Without the water spilling, this would prove her strength and ability to care for the future of the family. Nisha had it easy in comparison. The decorated pots are much smaller then the traditional, and only a representation of olden days. Though, I hear it was still quite difficult! (The girls kept switching hands to hold the pot on their heads.) 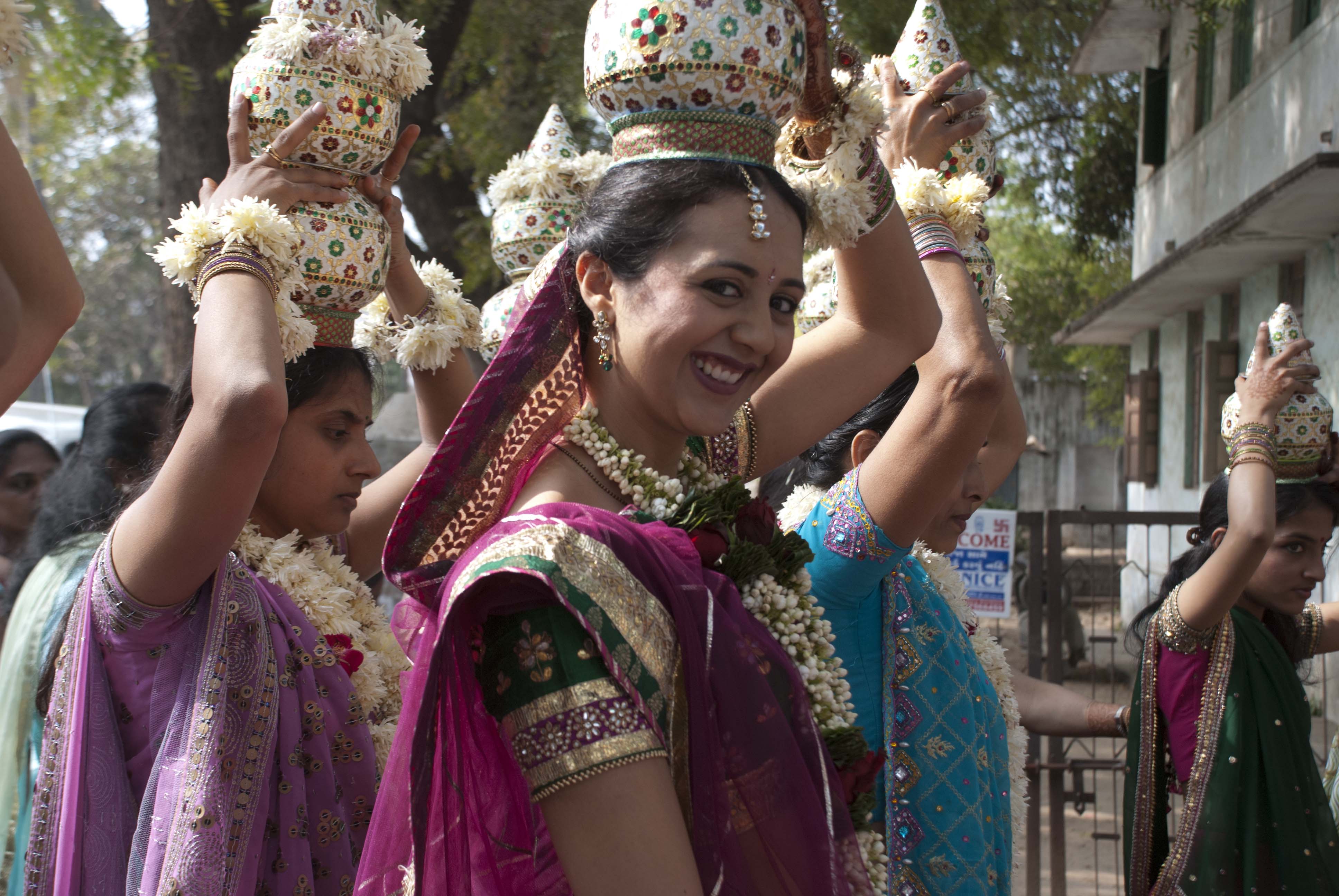 I felt so welcomed around Nisha’s family, friends, and extended relatives. The aunties would ensure that my friend and I (being the only two Chinese girls) were included in the festivities and well taken care of. I recall Nisha telling me about her mom’s concern about finding my friend and I at the airport. Nisha’s response was, “don’t worry mom, they will be the only two Chinese girls arriving at Baroda airport!”

The Food
Nothing short of delicious. Flavorful. Colorful. Aromatic. Buttery. And yet again: sensory-filling.

Is it silly (or dumb) to say? Well, I don’t care. I’ll say it anyways. I had the best Indian food I’d every had when I was in India! Maybe it was the ghee (butter). Actually, very likely it was the ghee, but that just made it ‘oh so good’. The flavor of the spices was intoxicating, and we couldn’t get enough. Eating with our hands, I’m sure, enhanced the experience and connection to our food. In fact, I enjoyed that experience and trying to improve my ability to scoop with my fingers. In my plan for a healthy start to the new year of 2012, I probably ate more and gained more weight in India than I had in a very long time. Haha. Good thing it was still only January. And we tried to convince ourselves that it was healthy food because it was mostly vegetarian. With the amount of food we ate, it’s surprising we didn’t get sick! 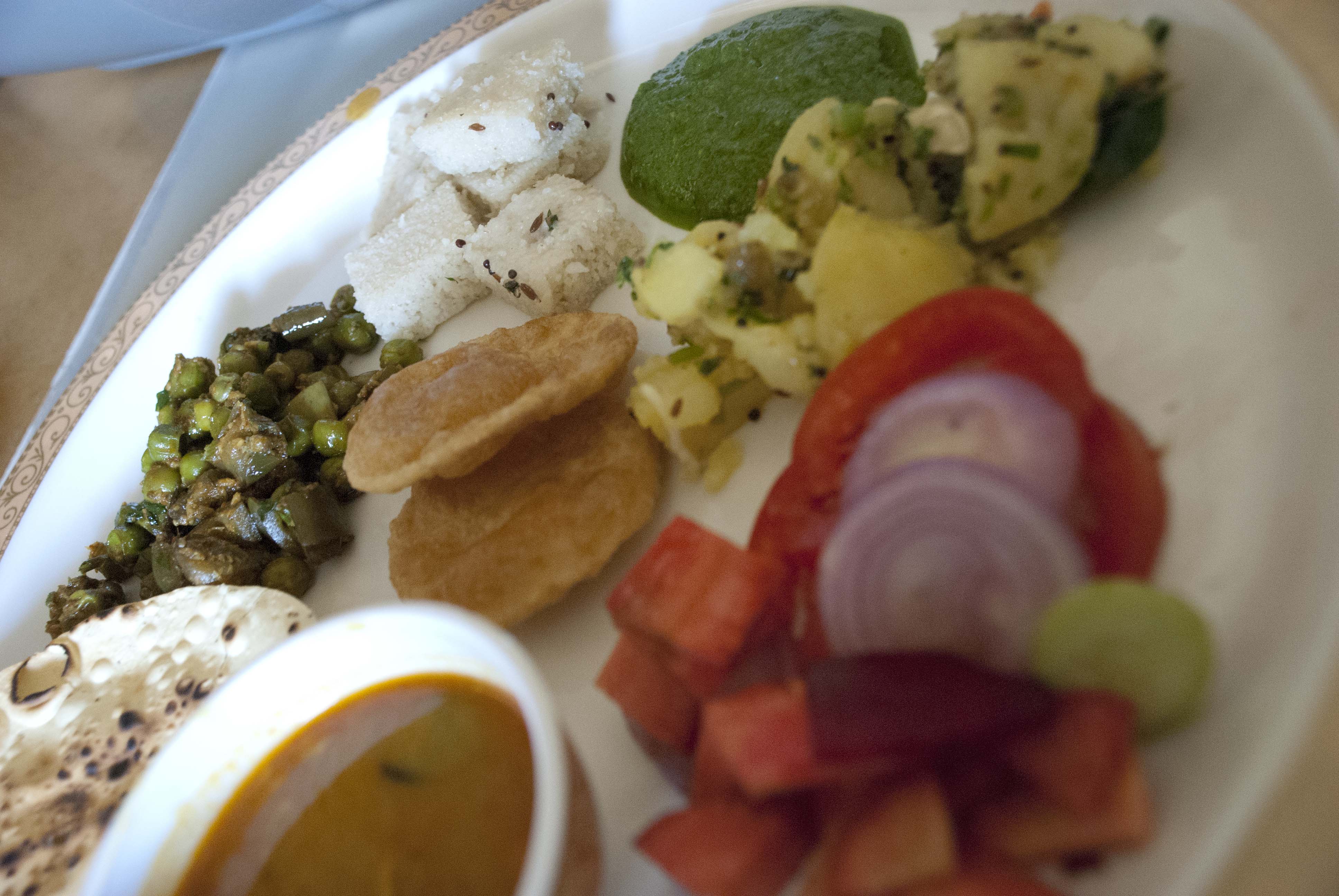 It’s amazing that just a little masala (aka spice) can transform a dish. After a week of traveling, my travel-buddy and I realized that we could sniff out ‘good’ versus ‘touristy’ Indian food. When we were convinced by our tour-guide to visit a certain restaurant, as soon as we tasted the food, something about it was just ‘off’. Perhaps not enough spices, or a lesser quality of ingredients? Nonetheless, we wanted the authenticity we had while we were eating in Gujarat: home cooked meals :)

There is one thing that I do crave from India (besides the masala-tea), now that I’m back in Hong Kong. Indo-Chinese food. We all know that food is often changed to accommodate local pallets and Chinese food, of course, would be the prime example. This is no exception in India. Spice it up. Add some sugar and chilies. It is delicious. I couldn’t have it every day, but my taste buds were having new experiences in food and flavors. I want to try it again! 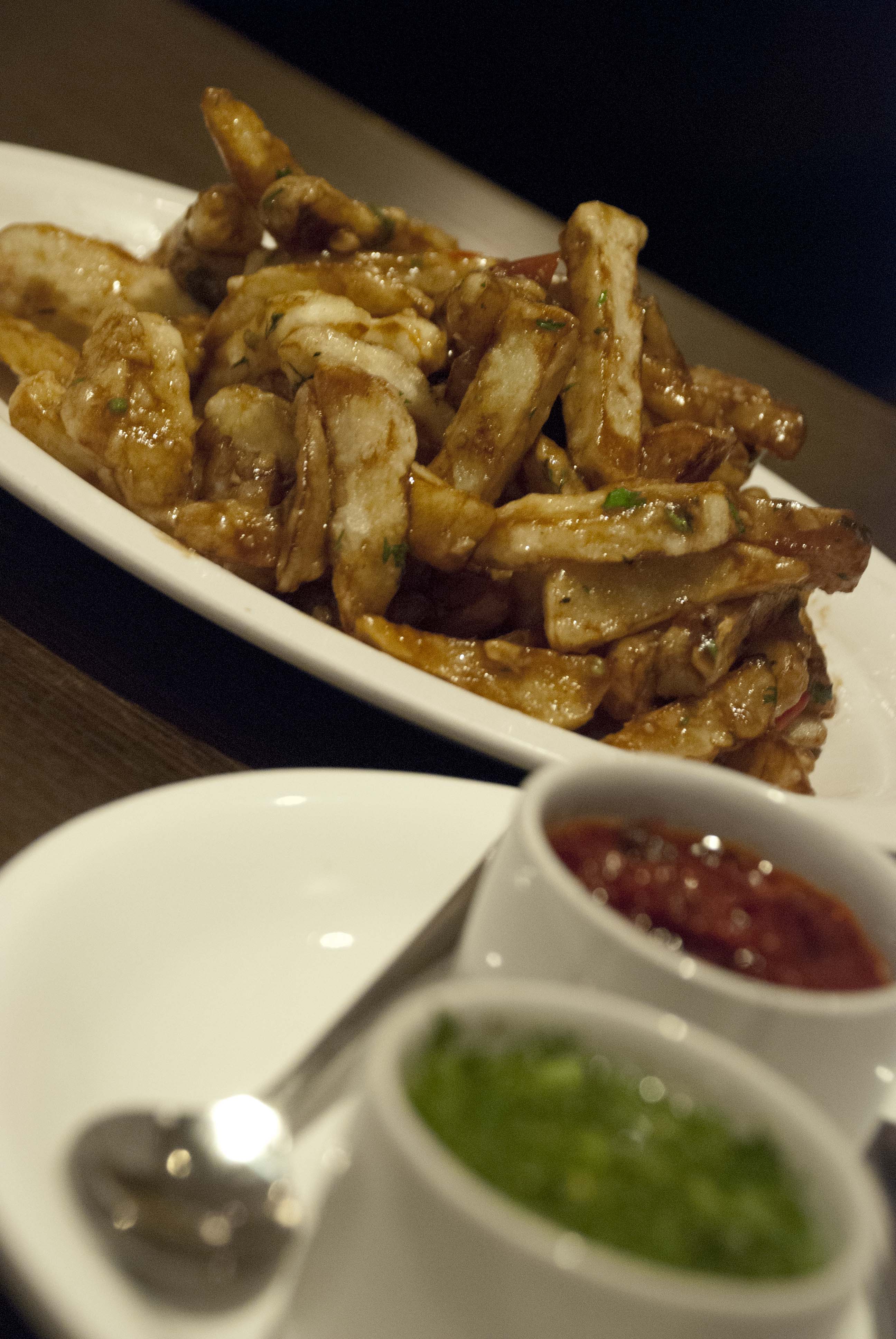 Next up on the highlight of food is pani-puri. This street food snack (which we dared not try on the actual street) was so delightful and fun to eat! Instead we went to a restaurant called Mirch Masala, which looked very much like the chain restaurant, Chili’s in the US. It’s a bit of a process (an enjoyable one!) to eat these little, fried, stuffed puff-balls. The puffs came to the table half-filled with peas and potato and then you fill the rest of the puff with a soup broth that had a fresh cilantro flavor. Then pop the whole thing in your mouth before the little crispy ball gets soggy. Broth fills your mouth, mixing the textures and flavors that are just right. 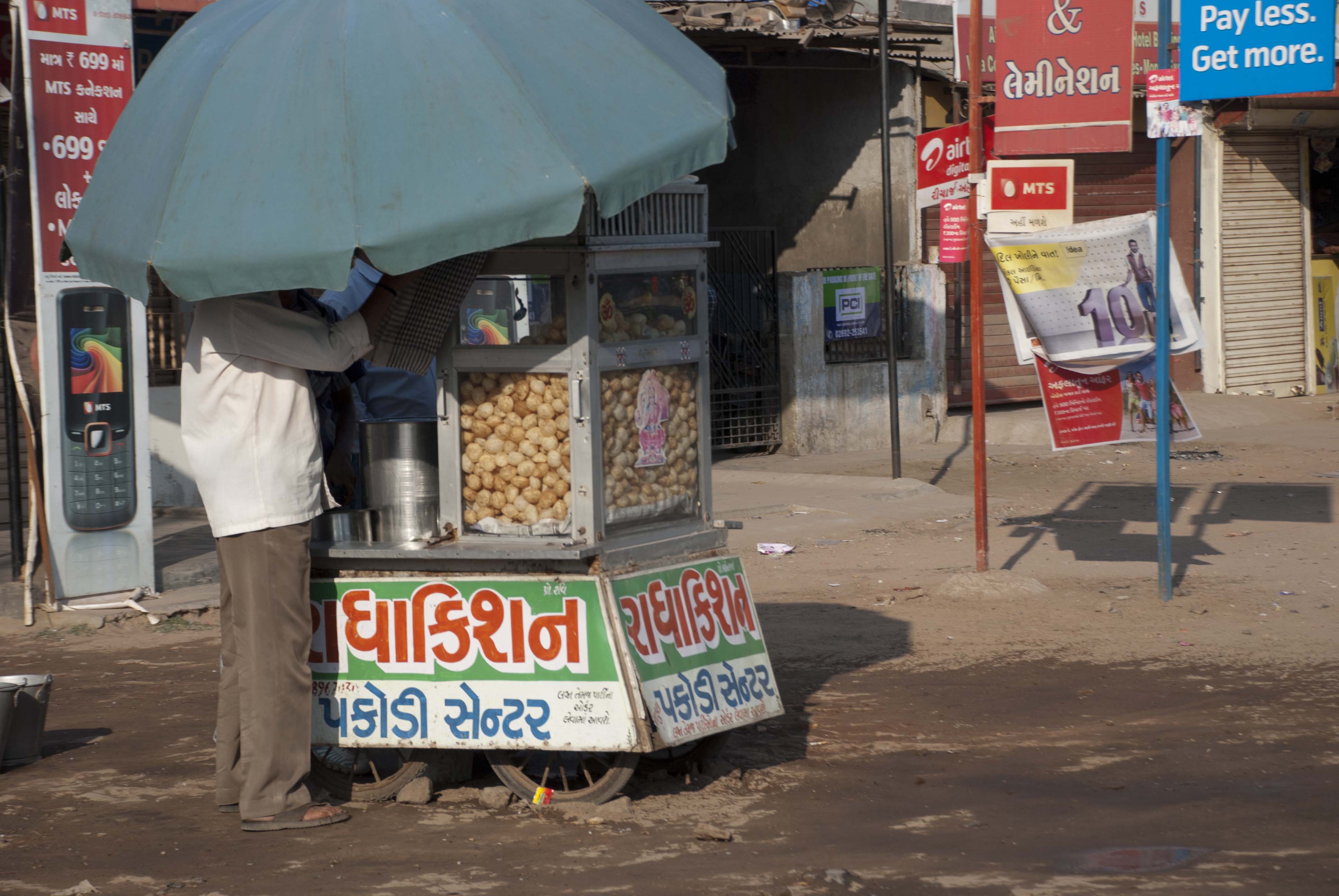 The Impressions Beyond Food
In no particular order, this is part of the email I continue to reference to jog my memory. Perhaps each topic deserves a post of its own (when I get to it..). For now, I’ll share this list:

I’d love to go back again one day – I’m positive that just like China, it takes more than a lifetime to learn the history and geography and regional differences. In fact, I saw a number parallels to China in terms of culture: family importance, development of economy, and my impression of rural villages are rather similar in the two countries.

Have you been to India? Another area of the country? What did you think? :D