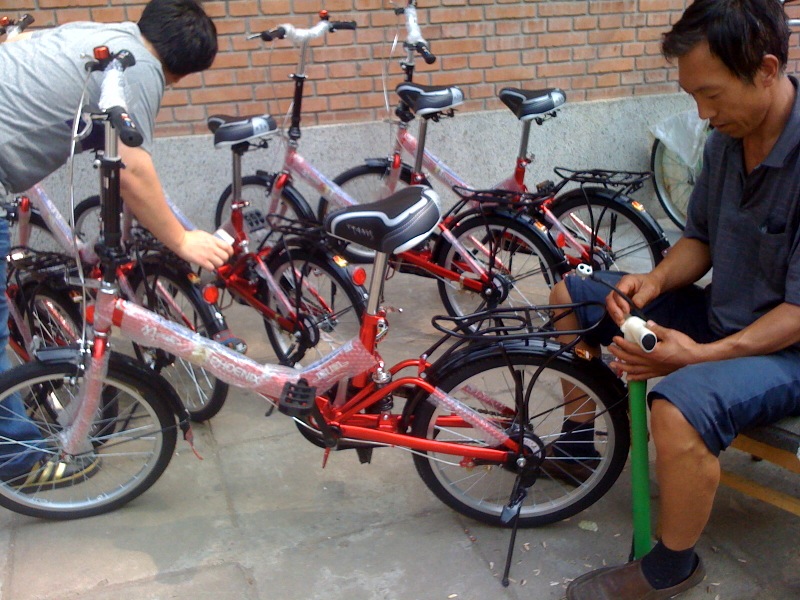 I saved notes for this post back in Sept 2010! Wow, I am so behind. Here’s a quick recap and a few thoughts:

Beijing may not have bike sharing, but they sure sell bikes at very reasonable prices. At the beginning of the typical school year, September, I added 500RMB to my phone card at China Mobile and received a bike as a gift! A Phoenix bike, to be exact. I was told by my roommate at the time that the brand is supposedly rather well known, and retails at over 400RMB. Downside: advertisements on the bike.

Compare this plethora of bikes in Beijing with Copenhagen:

Already one of the most bike-friendly cities in the world, Copenhagen is used as the setting for an interesting conceptual bike sharing system. Termed “Bicyclus” by Italian designer Stefano Marchetto, the new eco-friendly plan would reuse some 8,000 bikes that are abandoned every year and further facilitate easier commutes for residents through the city. via PSFK

Other biking cities could probably learn a thing or two with collecting abandoned bikes. I’m sure things have changed, but when I was in the Wudaokou neighborhood of Beijing, there were certainly piles of bikes next to the subway station. Forgotten, lost, or abandoned.