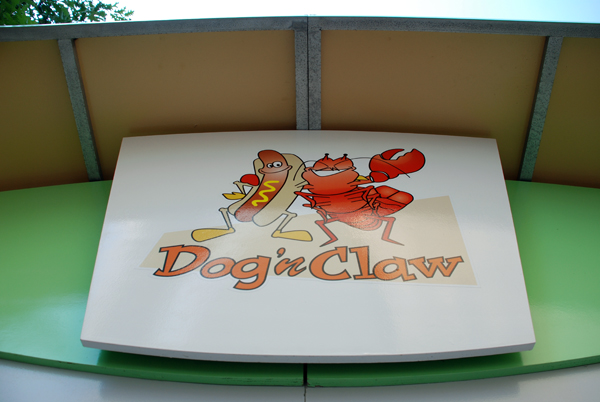 Dog ‘n Claw food stand at the New England Aquarium must be new! I didn’t have a chance to try the dogs, but the claws were definitely a refreshing summer snack, or small lunch! The roll is packed with chunks of lobster meat that’s light and refreshing, and just lobster (with mayonaise). With winters in Boston, we really appreciate the summers of sunshine and beautiful weather. But walking around requires energy and wanting to grab snacks along the way while exploring. Boston has never had a true street food culture, but with the release of more licenses and the development of more communal green, outdoor areas in the city, there are a growing number of options for eating on the street. I hadn’t really noticed this until I saw the Dog ‘n Claw stand at the New England Aquarium. 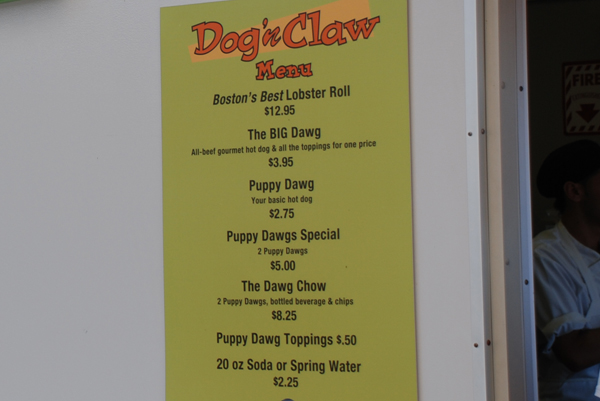 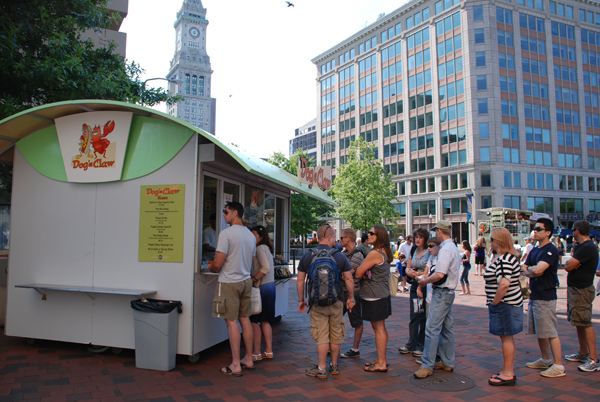 Street food is a unique contribution to any city and brings life and vibrancy along with variety. Boston’s street food culture is starting to grow and change with 300 permits and licenses issued per year. The increased number of parks in Boston due to the infamous Big Dig like the Rose Kennedy Greenway has increased foot traffic and are great for the tourists and locals alike of this historic city. There’s always been streetfood near Park Street and Downtown Crossing, but the carts are spreading! And it’s great!

In Boston, food trucks are starting to cook up some serious business -and gaining political attention for their efforts. A number of mobile restaurants are scheduled to gather Aug. 8 for a “food truck festival” in the South End.

via one and two articles on Boston.com 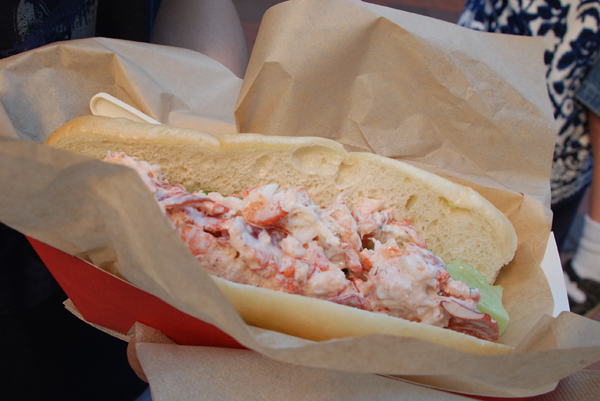