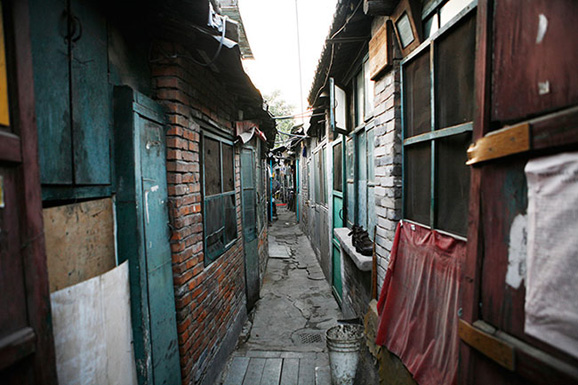 I have yet to do much research into my stay in Beijing; all I know is that everyone who has been to this historical city, tells me that I MUST take a look and explore the Hutongs of Beijing. Unfortunately, I’m not sure if much still exists after making room for the 2008 Summer Olympics.

There are few places on the planet as inviting and abuzz as Beijing’s Hutong neighborhoods, where crowds of residents move through clustered, narrow alleyways against a backdrop of diminutive courtyard homes. But during the massive effort to modernize Beijing for the 2008 Olympic games, many of these neighborhoods were razed and replaced. “For some residents this provides a chance for a better standard of living,” writes the photographer Dan Eckstein. “For others it means the end of a way of life.” Eckstein’s Hutong Post 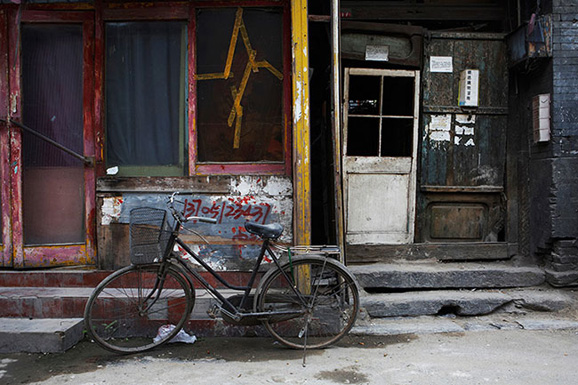 What is the lifestyle like in these cramped neighborhoods? Living in small alleys so close to your neighbors? ..where you share outdoor kitchens with community bathing. There must be such a great sense of community that comes living so close to relatives and neighbors. Or perhaps it’s like the movie “Office Space” where they can talk between apartment walls. Wikipedia notes:

Hutong represents an important culture element of Beijing city. In contrast to the court life and elite culture represented by the Forbidden City, Summer Palace, and the Temple of Heaven, the hutongs reflect the culture of grassroots Beijingers. The hutongs are residential neighborhoods which still form the heart of Old Beijing.

I can’t wait! Anyone out there have explorations to share?