As you’re all aware, community involvement is core to our philosophy here at Design Museum Boston, and we’re not alone. As I dig and dive deeper into the design scene in Hong Kong, I’m learning that this idea and importance of community is becoming increasingly vital to the artists and designers in this financially driven city. I’d like to share with a new and exciting artist space coming in 2014.

I had the opportunity to chat with Billy Tam, Partner at Thomas Chow Architects. Tam gives me a detailed rundown on his current projects, primarily being the Former Police Married Quarters in the heart of SoHo in Hong Kong. The Police Married Quarters (PMQ) will be a new mixed-use facility for galleries, studios, artists, designers, with retail space and cafes. Tam speaks passionately about the ability and opportunity to collaborate on this project with many different fields. Although this collaboration is typical in his work, it generally only involves the direct client rather than the surrounding community.

The Former Police Married Quarters is the original site of Central School built in 1889, where Dr. Sun Yat Sen studied and the first government school to provide upper and primary secondary Western education. In 1948, after being severely damaged in World War II, this location and the current structure was a housing for the Hong Kong police. You can learn more from the Development Bureau. PMQ is located in Central, on Aberdeen Street, taking up the block between Hollywood Road and Staunton Street. 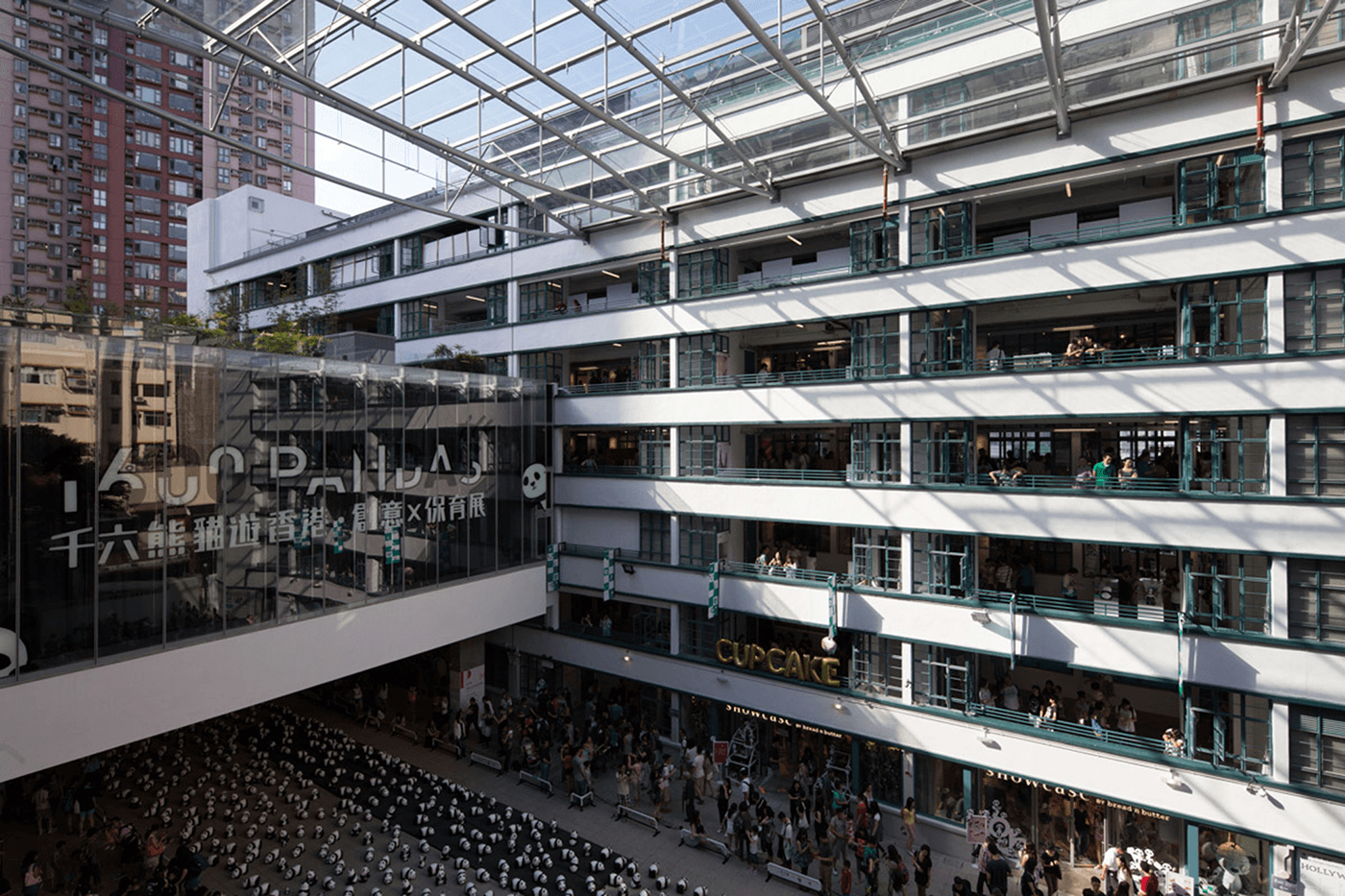 With the PMQ project, Tam has had many dialogues, interviews, and workshops with designers and artists, and neighbors. What would designers and artists want out of a studio or working space? What would be the use scenarios that Tam and his team would have to accommodate for? How important is the history of this structure –it was once a school before it was burned down and reconstructed for police quarters.

He shares with me more of the history of architecture in Hong Kong, as PMQ was built two years before the first public housing structure in Shek Kip Mei, another H-block style facility, which now houses the Jockey Club Creative Arts Center, another creative facility which PMQ is inspired by.

To preserve some of the historical elements and educate the public, Tam and his team will incorporate an “underground interpretation area”— it can’t be called a museum for coding reasons, which shows some of the underground pilings of the original Central School in the middle of the courtyard. He reiterates that the new space will not be a shopping arcade, but rather a cultural and creative hub for young designers and artists, where a gallery spaces will exist on street level.

This revitalization project kicked off nearly a year ago in November 2010 and is due to commence in early 2014. The members involved in this project include the Musketeers Foundation, Hong Kong Polytechnic University, Hong Kong Design Institute and the Hong Kong Design Center. They are currently starting to establish rules for the PMQ management office to regulate guidelines of selection.

Tam speaks enthusiastically about his inspiration and love for architecture. Le Corbusier is one of Tam’s biggest influencers. He’s inspired by the way Corbusier plays with light and shadow, which provided much inspiration for one of Tam’s award wining projects: The Diocesan Boys School. He feels that there are a lot of potential for architecture in Hong Kong, “we don’t need expensive cement walls” and it’s a hard dilemma where “land value is high and every inch counts or costs money.” Tam speaks of the possibilities and freedom that an architect like Le Corbusier had with space and use of light and shadow.

Slowly with projects like Tam’s PMQ and Cornwall Street Park in Kowloon Tong, where Tam and his team are providing local artists an opportunity to create sculptures to reinterpret interaction in the park space, Hong Kong will have a new vibrancy through art, design and community integration.