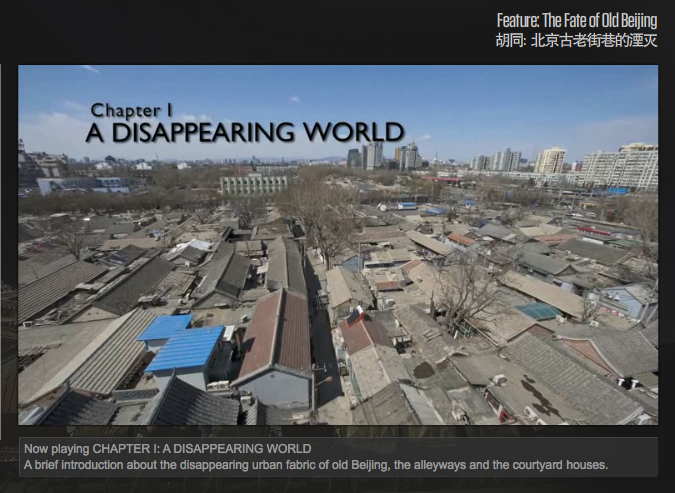 It’s been almost a year since I’ve left Beijing and I still think about how the city landscape was in such dramatic change while I was there, as I’m sure it still is. At that time I also met Jonah Kessel (via Twitter), who filmed a series of short videos for Asia Society, the first is titled “A Disappearing World.” This chapter documents and interviews the local people’s reflections on life in Beijing’s Hutongs and Alleyways. The following two videos provide deeper insight into this changing landscape and discussion about cultural preservation.

Wandering the hutongs was one of my favorite things to do while in Beijing, with glimpses into the daily lives, living, and culture. I also had small insights into the poor conditions and dramatic gentrification of these neighborhoods. I’m simply sharing with you this difficult balance and bit of heartache. It’s such a dilemma, isn’t it?

Regardless, see the beautiful scenes for yourself– either in the videos or in person!