Coming across this very humorous series of infotoons on Flickr, I was oddly reminded of the absolutely most delicious hotdog I’d ever had; it was at Japadog during my trip to Vancouver. 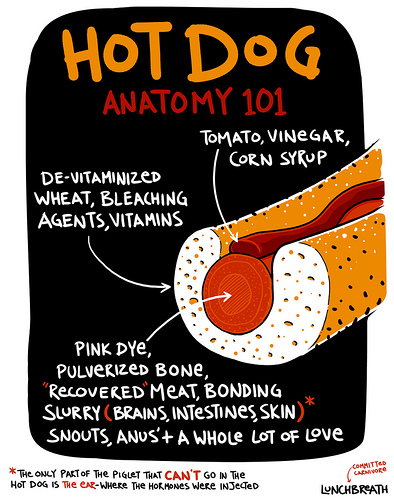 The streetfood cart of hotdogs called Japadog was amazing! No wonder when we first tried to line up, we waited nearly 10 min and it felt like the line hadn’t even moved, not to mention the system of 2 lines: 1 to order and 1 to pick up. The special someone and I made it back and waited in line later in the evening when the crowds died down and tried 2 Japadogs. 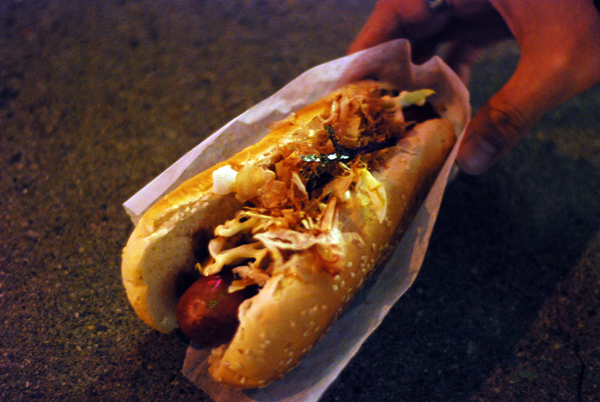 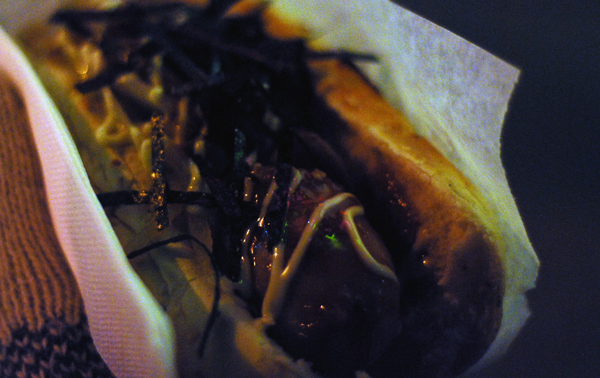 Not only was it the savory toppings that went ontop of this Japadog that made it so good, it was the hotdog itself, with a nice bite to the exterior casing and still firm and flavorful meat stuffing. Who knew that toppings like seaweed and cabbage could be good; it was a sensory explosion. With hotdogs this good; I don’t care if there’s toes and brains mixed with god know’s what. Simply delicious and definitely a fan :P Go there, try it out, let me know if you agree..? 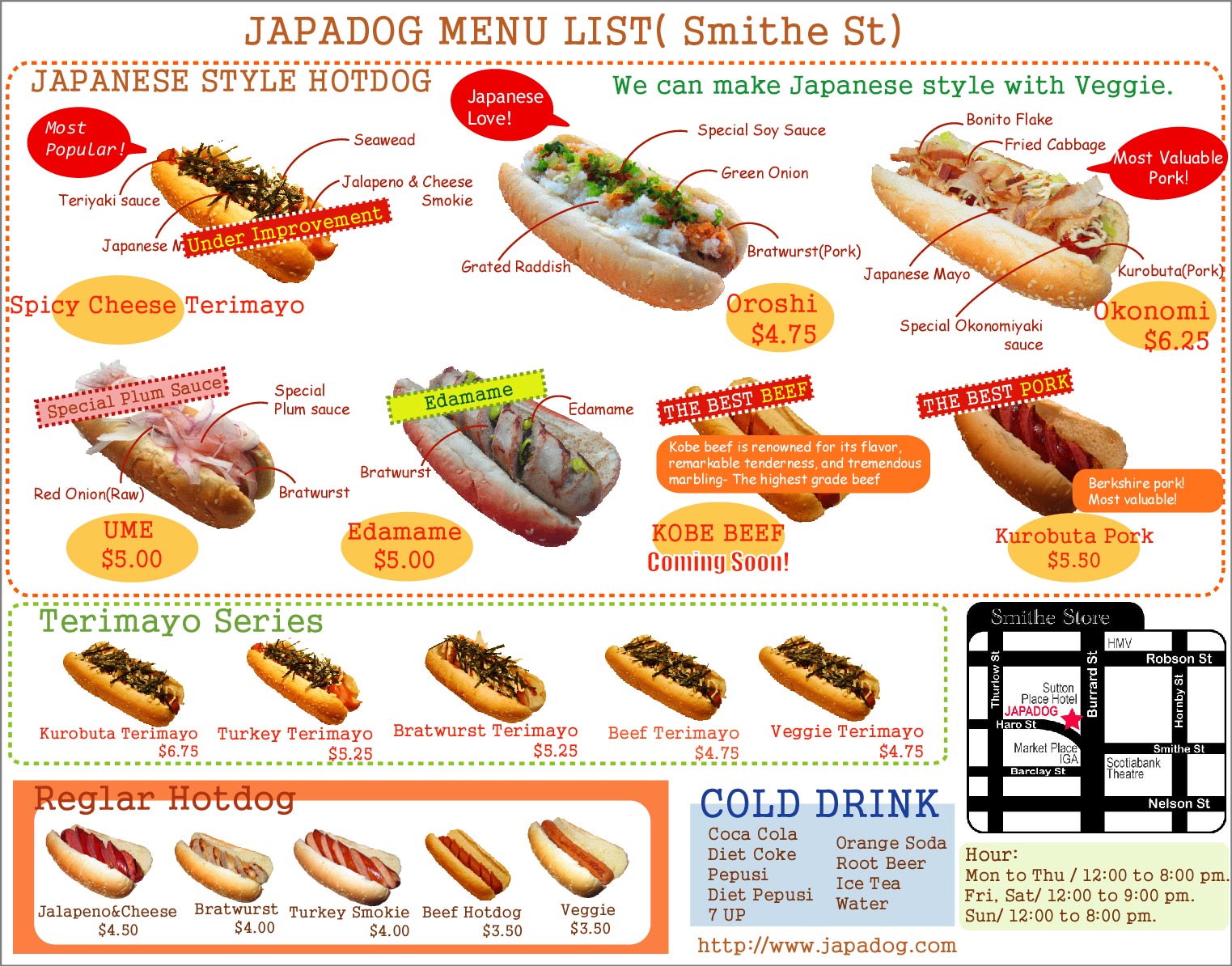